Login and use all of our services.

Effortless Math services are waiting for you. login faster!

Password will be generated automatically and sent to your email.

After registration you can change your password if you want.

How to Develop a Love of MATH in Your Child

by Reza about 5 years ago in Blog

Parents commonly encourage teaching their children to read; however, it is quite rare to know that parents realize the importance of earlier math training. Most children from any generations generally terrify with this subject and see it as something very difficult. Actually, without we even realize, we use math, at least, the basic math, in everyday life such as counting, measuring, and so on. Therefore, it is important to develop the love of math in children because like it or not they are going to need math in their future life.

Why is it matter?

It is undeniable that children will eventually learn to do basic math such as subtract, add, divide, and multiply. The basic math laid the foundation for the advanced math. The sooner children learn math, the better foundation they will have. Therefore, it is essential to introduce math early to the children. It does not have to be the strict conventional math lesson; the goal is to make the math fun and meaningful by observing the surrounding. Here are some tips on how to develop a love math in your children.

Show a good example – many adults, probably including you, say that they hated math back in school. The key is simple, show a good example to your kids, so they do not take after her parents for hating math. Help them to improve positive attitude toward math and show them you are confident to complete the daily task which encounter math such as counting money, balancing the checkbook, or completing the tax return. You can also tell them the importance that math is used in most of the professions. 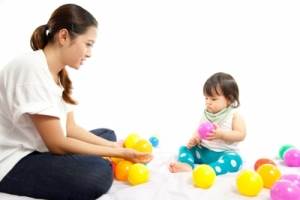 Encourage the children to use math in daily life – learning math does not always to be on paper; encourage your children to be able to solve math problems outside the school. For example on the grocery store, ask them to compare which one is cheaper than the other things, in a toy store, you can ask them to count the discounted toy price and how long it takes for them to save up.

Play math games – there are plenty child games that incorporate math such as chess, checkers, dominoes, Yahtzee, and many more.

Sing numbers – this method is suitable for young children who have not managed to understand numbers. Then, sing a song out of it can be a good way to introduce math to them. Somehow, the musical pattern can develop the math skills in children as they will easily memorize numbers and tables as well.

Even though most parents naturally encourage their kids to speak, read, and write but leave math skills in the last line to learn math. Like any other basic skills, it is also important to introduce math skill to children and help them improve with regular practice, encouragement, and support. 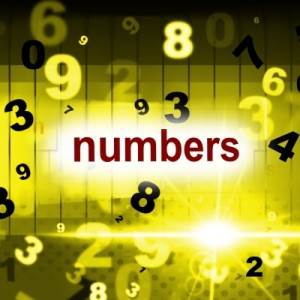 "How to Develop a Love of MATH in Your Child" Tags

Reza
Reza is an experienced Math instructor and a test-prep expert who has been tutoring students since 2008. He has helped many students raise their standardized test scores--and attend the colleges of their dreams. He works with students individually and in group settings, he tutors both live and online Math courses and the Math portion of standardized tests. He provides an individualized custom learning plan and the personalized attention that makes a difference in how students view math.
5 days ago

How Does It Work?

Locate the eBook you wish to purchase by searching for the test or title.

Add the eBook to your cart.

Immediately receive the download link and get the eBook in PDF format.

Why Buy eBook From Effortlessmath?

Save up to 70% compared to print

Help save the environment

Schools, tutoring centers, instructors, and parents can purchase Effortless Math eBooks individually or in bulk with a credit card or PayPal. Find out more…